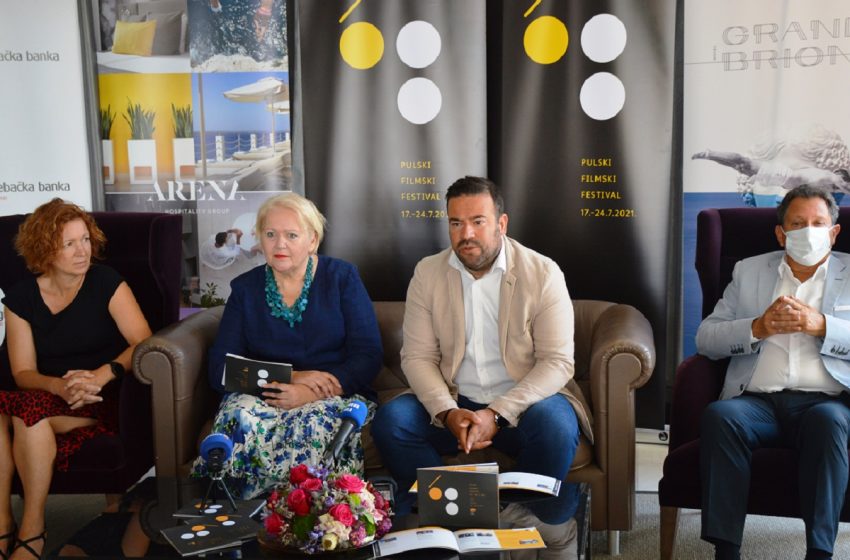 Director Restović emphasised in the introductory part that the Festival will be held across 15 venues, of which four will host the film programme with more than 90 screenings, with 6 Croatian and 10 international films in competition. She added that, in cooperation with the Istria County Civil Protection Headquarters, the Festival will be held with the usual epidemiological measures, without COVID passports and negative tests.

“Pula has a heritage of incredible cultural tradition in beautiful surroundings”, said Slonim and added that “the community will certainly recognise another wonderful edition of the Festival that will be held in very challenging times”. Cinkopan Korotaj said Pula Film Festival is an event largely recognised on the Croatian and foreign market and that watching the films is a special film experience for all visitors.

Filip Zoričić, mayor of Pula, said that Pula has traditionally been a city of film, and that Pula Film Festival is the most important event in the city, and that its very name holds character presenting it on the Croatian and international scene.

“This is my first big event as mayor. I would like to thank the organisers and partners for their tremendous efforts, primarily Pula Film Festival, then the Pula Tourism Office, and the Arena Hospitality Group. We are a city of film, and a festival called Pulal Film Festival is significant because it is our festival, but it is also a national, as well as international, world festival. However, for us, the Festival will always be Pula’s festival because our citizens live for that event. We think it is the most important event of the year for our city because it puts Pula on the global map. I am glad the Festival will start with the Croatian premiere of the film Murina, which speaks about the youth and the relationships between generations, and I’m also glad it will have its premiere precisely at Pula Film Festival. I would like to congratulate everybody, and I believe that the situation with COVID will be favourable, and that the weather is also going to hold out”, said Filip Zoričić, mayor of Pula.

Restović spoke about the side programmes, which will start at the SKUC Gallery on 15 July at 9 p.m. with the exhibition Marija Crnobori: Listening for the Audience’s Breath. The exhibition Tošo Dabac: Baroque Scene of Marija Crnobori will open on Friday, at Valli Cinema at 7.30. Following the opening, the book Time Machine 5, dedicated to actresses born in and around Pula – Laura Antonelli, Marija Crnobori, and Alida Valli, will be presented. The final event at Valli Cinema will be the screening of Oktavijan Miletić’s film Baroque in Croatia. The same evening, but at Makina Gallery, the exhibition Silvester Kolbas: Fotokemika and I will open at 9 p.m. This exhibition shows photographs of the production plant and objects found on site at the former Fotokemika factory in Samobor. The jubilee 20th edition of Cinemaniac Think Film: Cinemaniac XX, designed as a documentary exhibition that will focus on the previous experiences and considerations of various thematic concepts, will open on 18 July at 8 p.m. at Motika Gallery. Other exhibitions that visitors will be able to enjoy are Cinematheque at Amfiteatar Gallery and Changes/Maree: On the Rovinj Fine Arts Circle from the Holdings of the Rovinj Heritage Museum at the Museum of Contemporary Art of Istria. 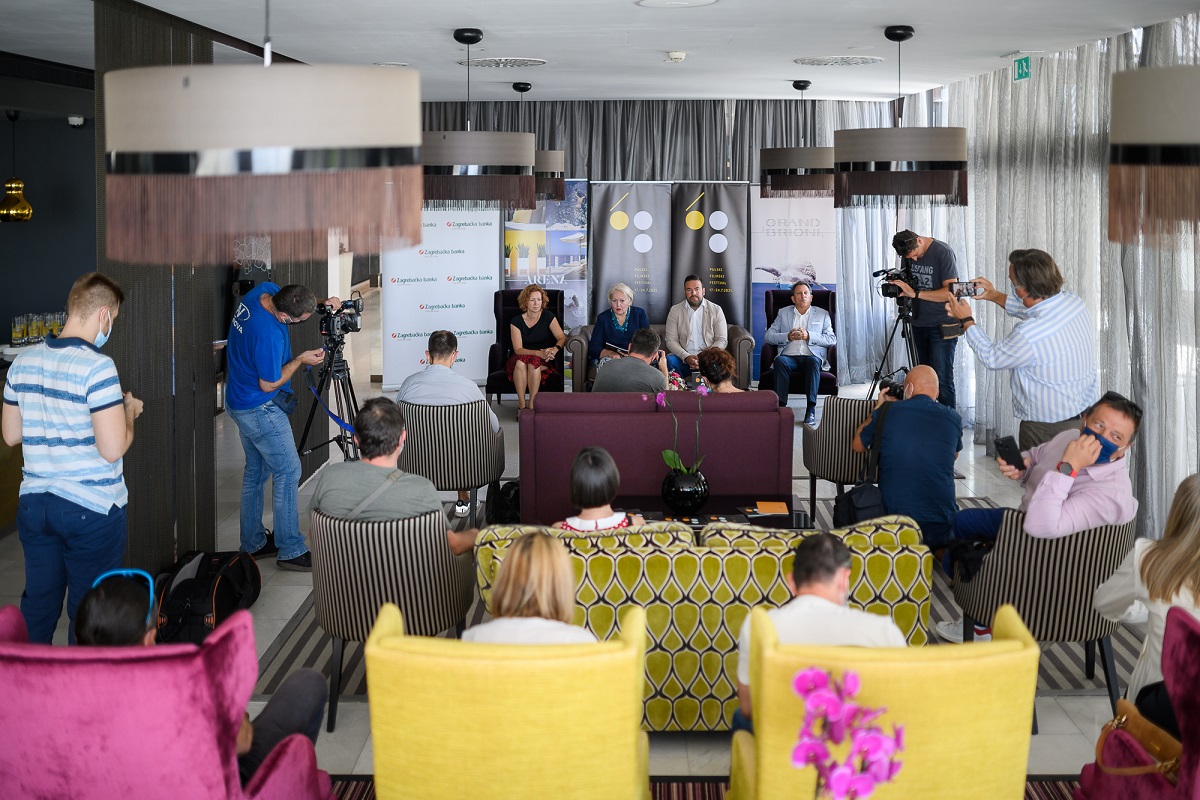